In the five years since our last convention, members of the United Brotherhood of Carpenters and Joiners of America (UBC) have continued to build strong and reach new milestones. In 2020 we have been challenged by the coronavirus pandemic, but that did not stop us from gathering for our convention to mark the union’s progress and set the agenda for the next five years.

On August 22, 2020, the UBC held its 42nd General Convention from a virtual platform, broadcast to more than 1,350 delegates who were participating at 24 locations across the U.S. and Canada. Our convention delegates deserve our thanks for stepping up to participate in this year’s unusual but very productive convention.

As we continue to face some of the steepest challenges in decades, delegates renewed the UBC’s commitment to fighting for area standard wages and benefits, engaging in political action at all levels for Carpenter issues, and providing the education and training programs that make the UBC the undisputed industry leader.

Led by UBC General President Douglas J. McCarron, the delegates elected officers to the union’s General Executive Board for a five-year term.

“Over these past five years, we’ve gone from strong to stronger,” General President McCarron said in his keynote address to the convention delegates. “Our members have placed their trust in us. And over the next five years—in spite of every challenge our industry is confronting right now—we will continue to honor that trust. We built a strong foundation. We built a strong union on top of it. And together, in the years to come, we’re going to build even stronger.”

The UBC General Executive Board Elected at the Convention

The men and women of the UBC have always been the first to step up in a crisis and the last to put down their tools. As we continue to face the unexpected, our determined members show us every day that:

Together, we are the UBC and We Build Strong. 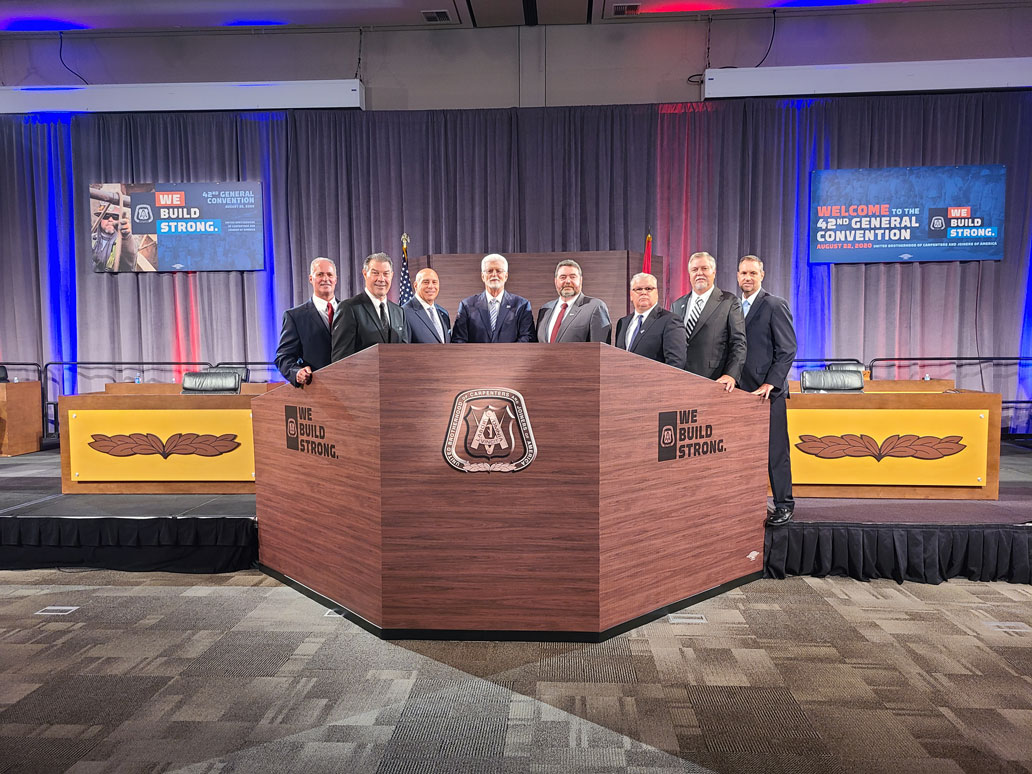 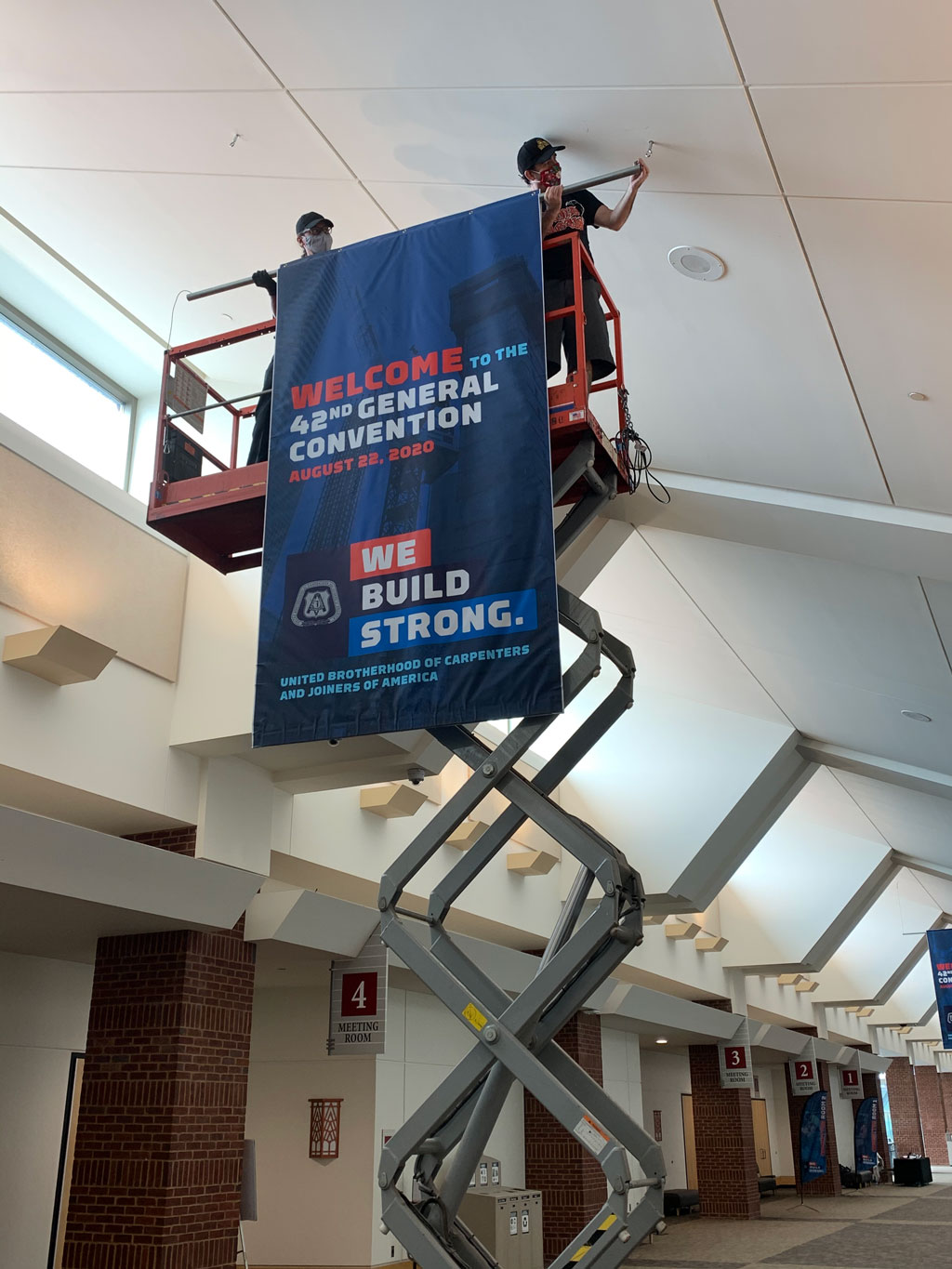 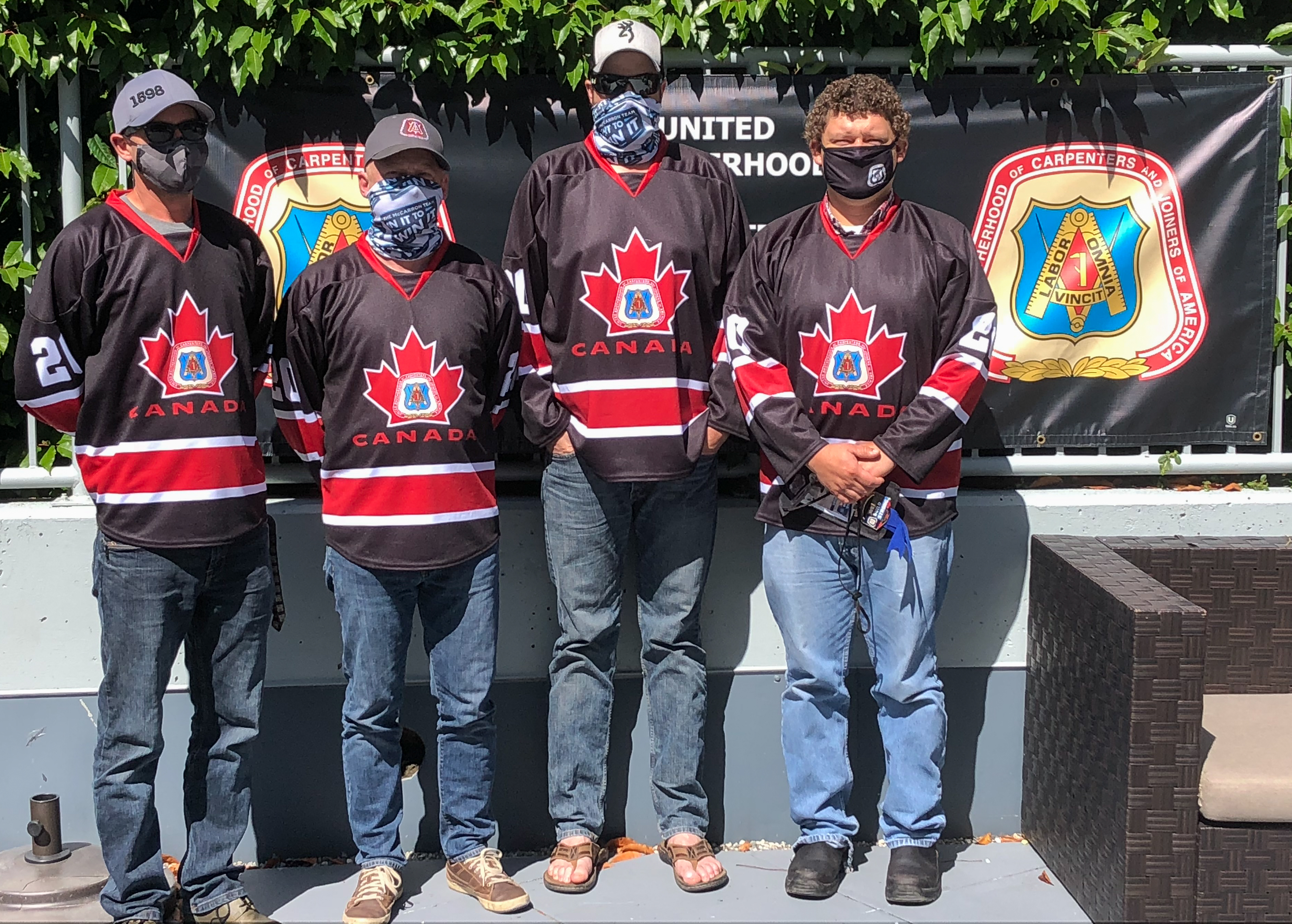 British Columbia delegates in Burnaby, BC 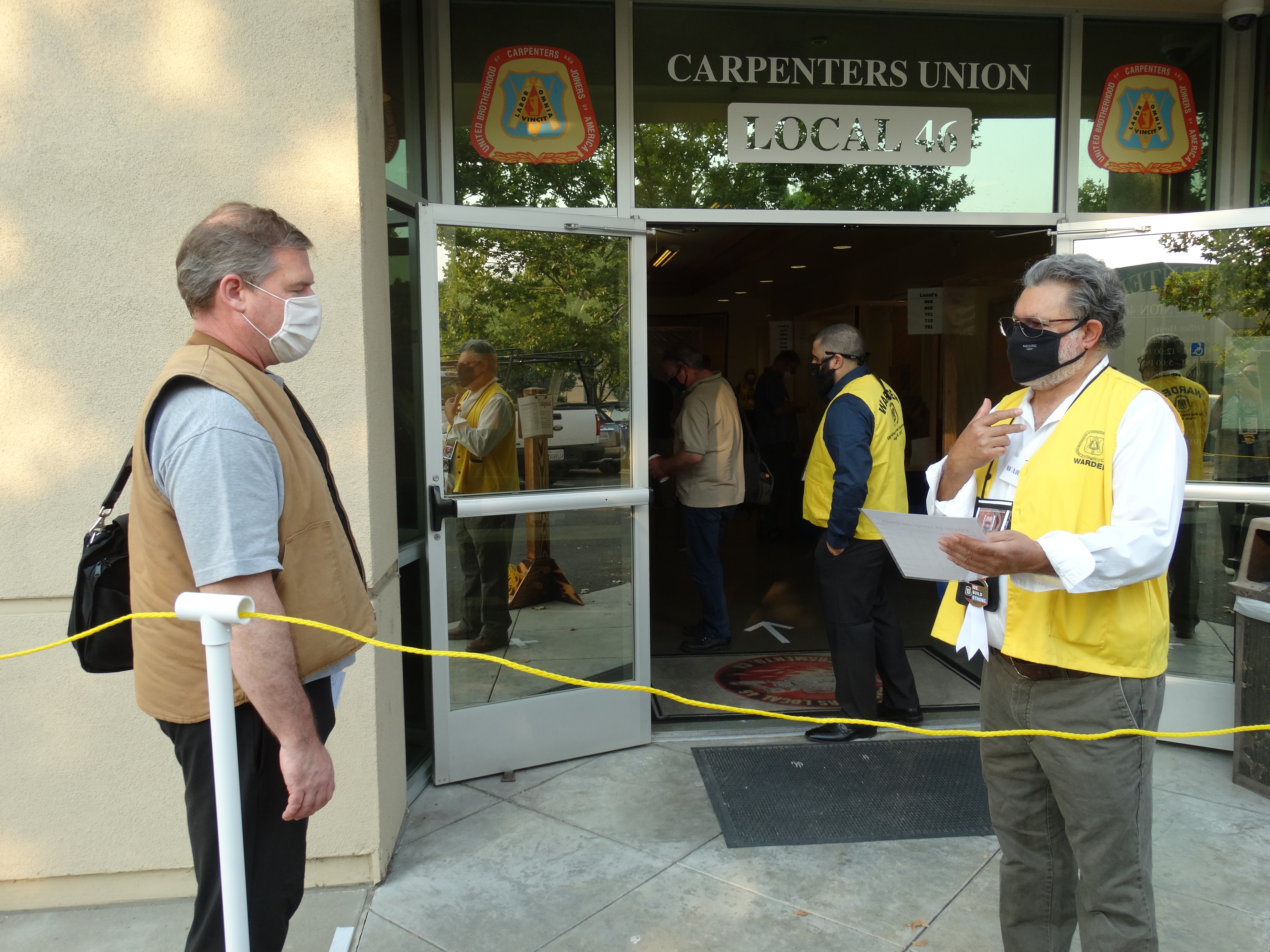 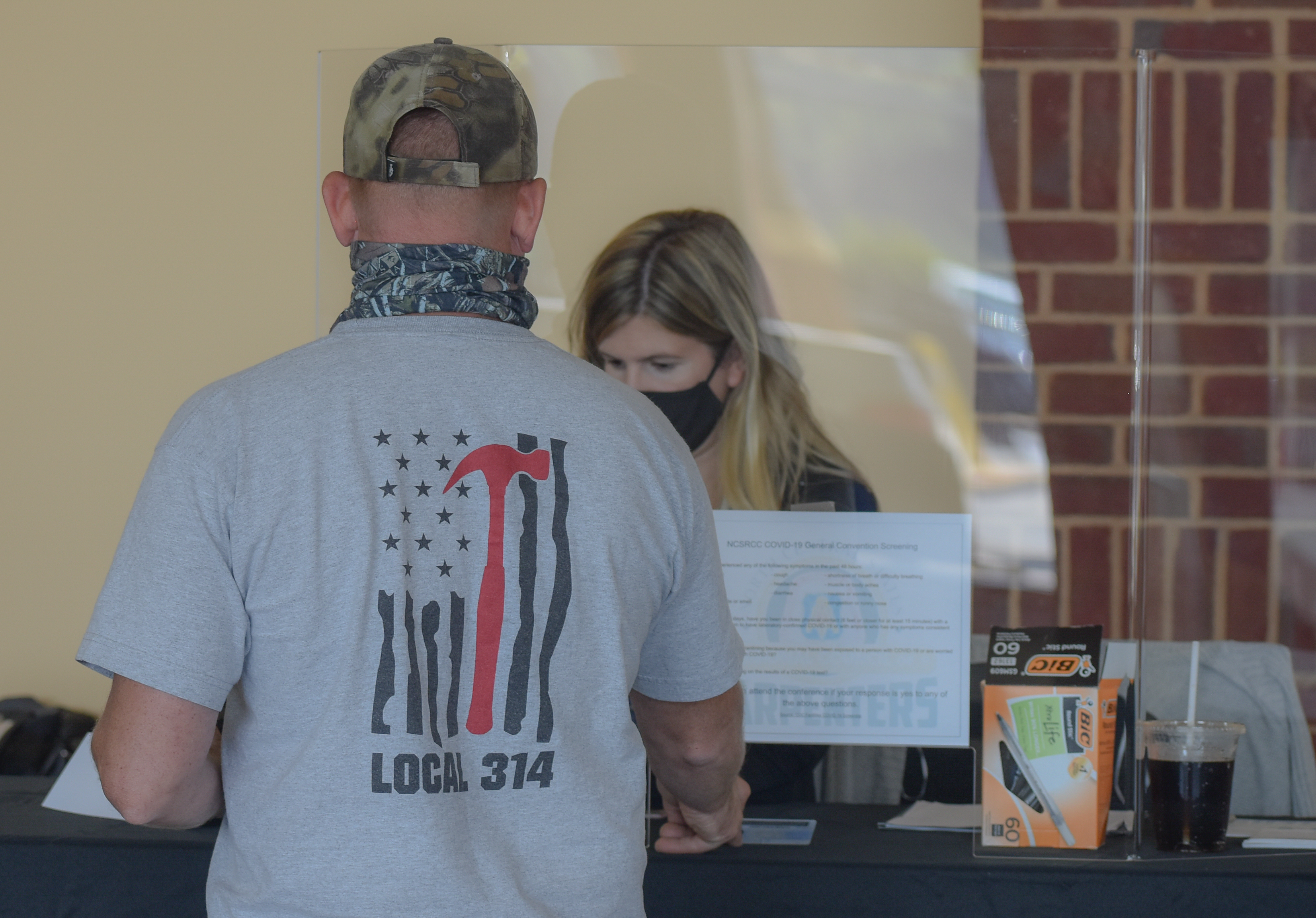 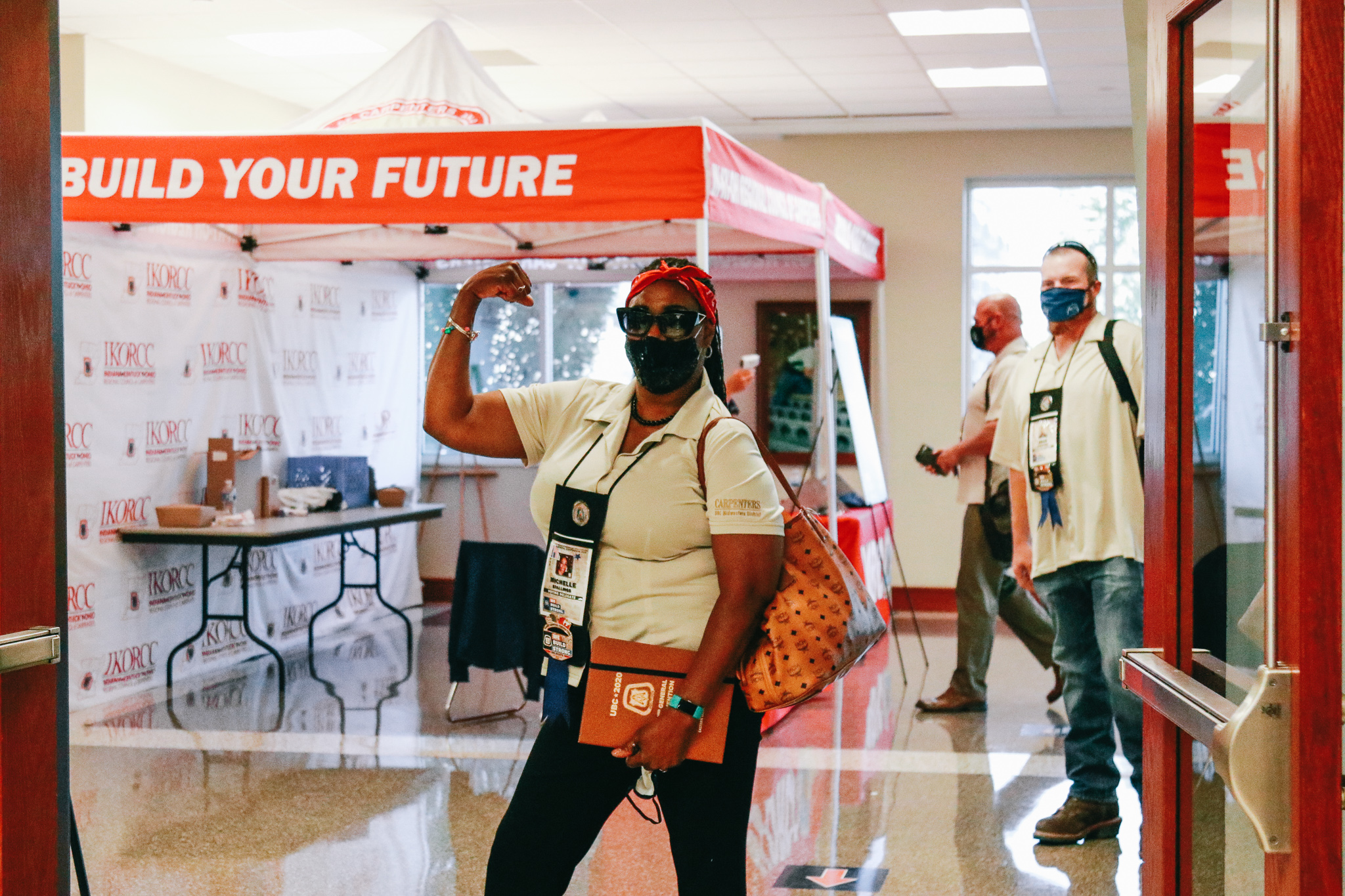 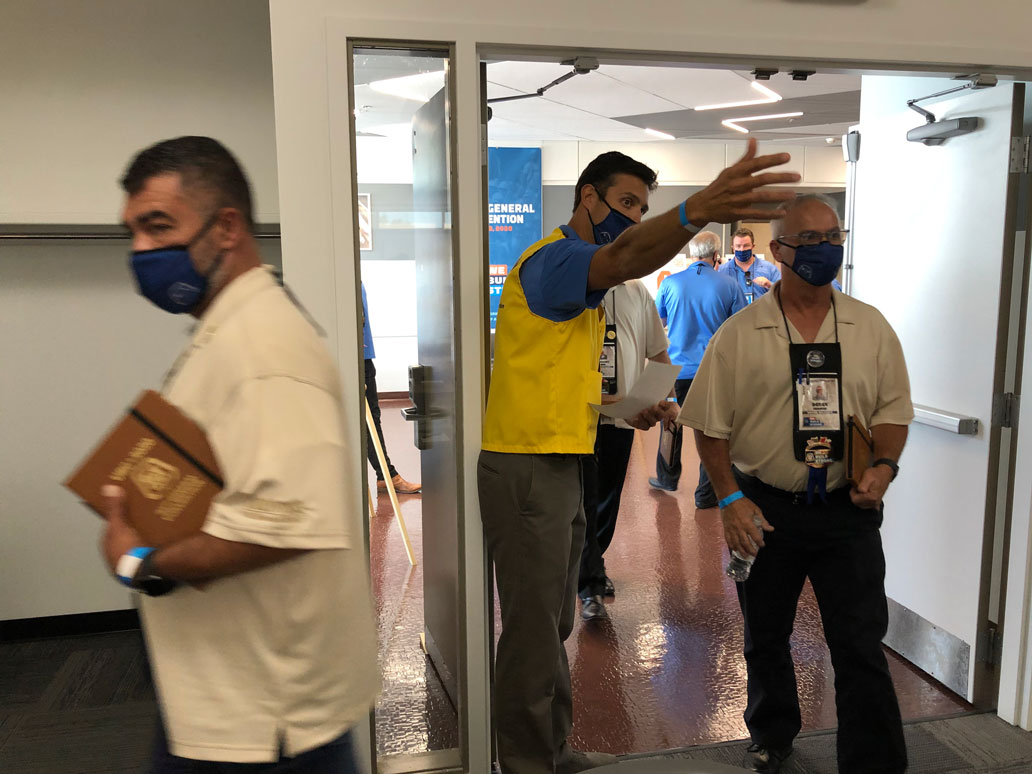 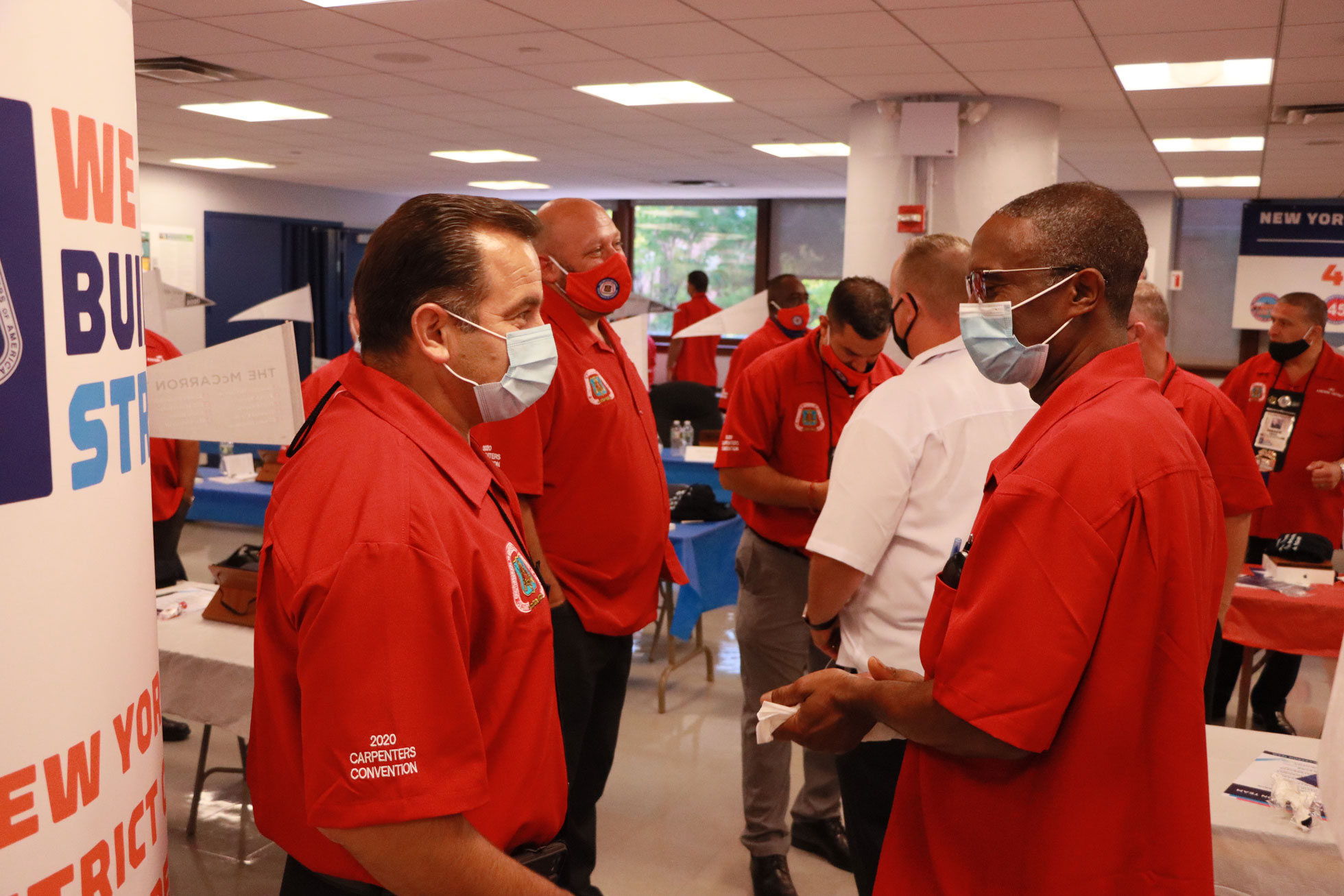 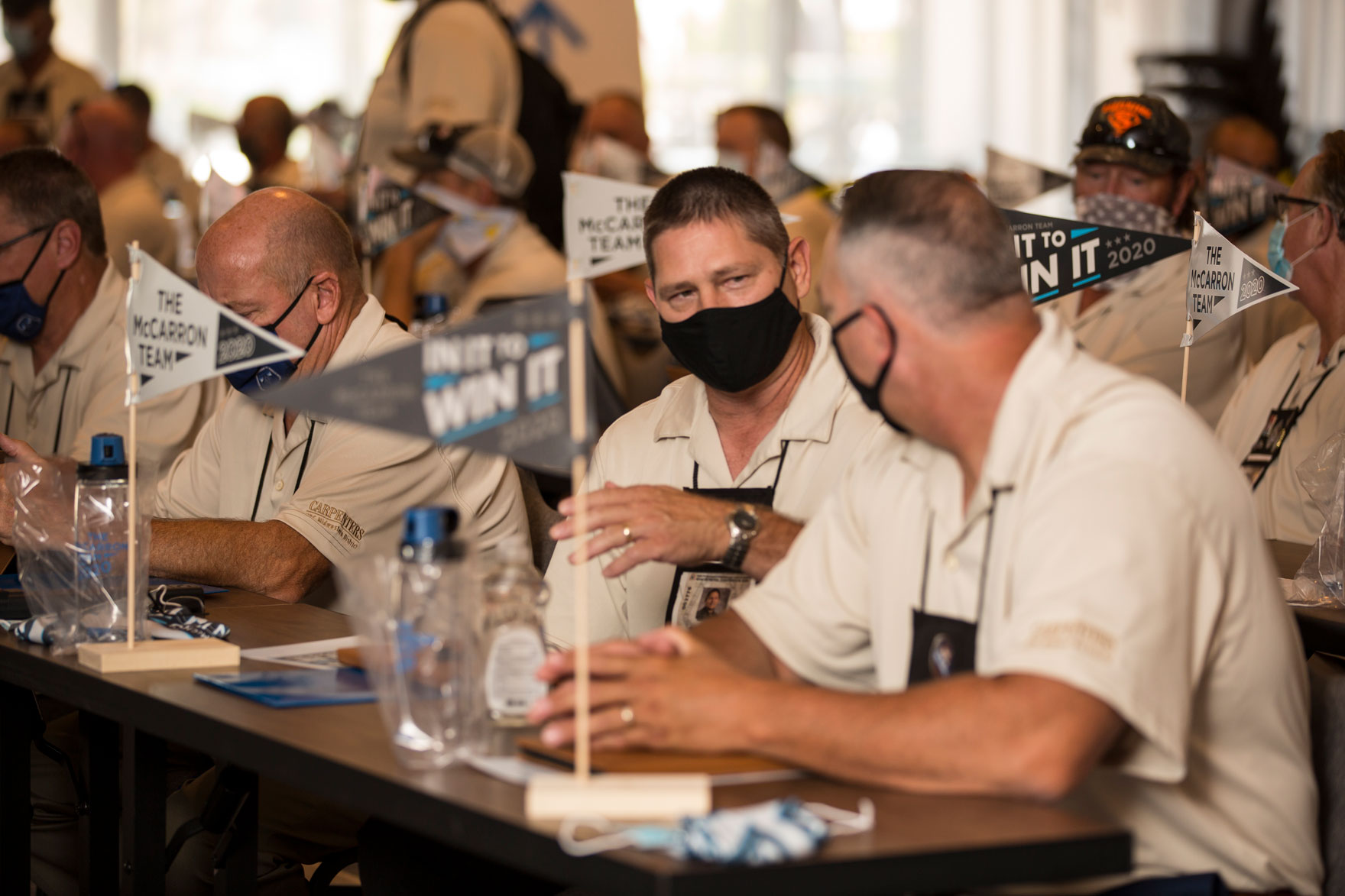 St. Louis conversation before the proceedings 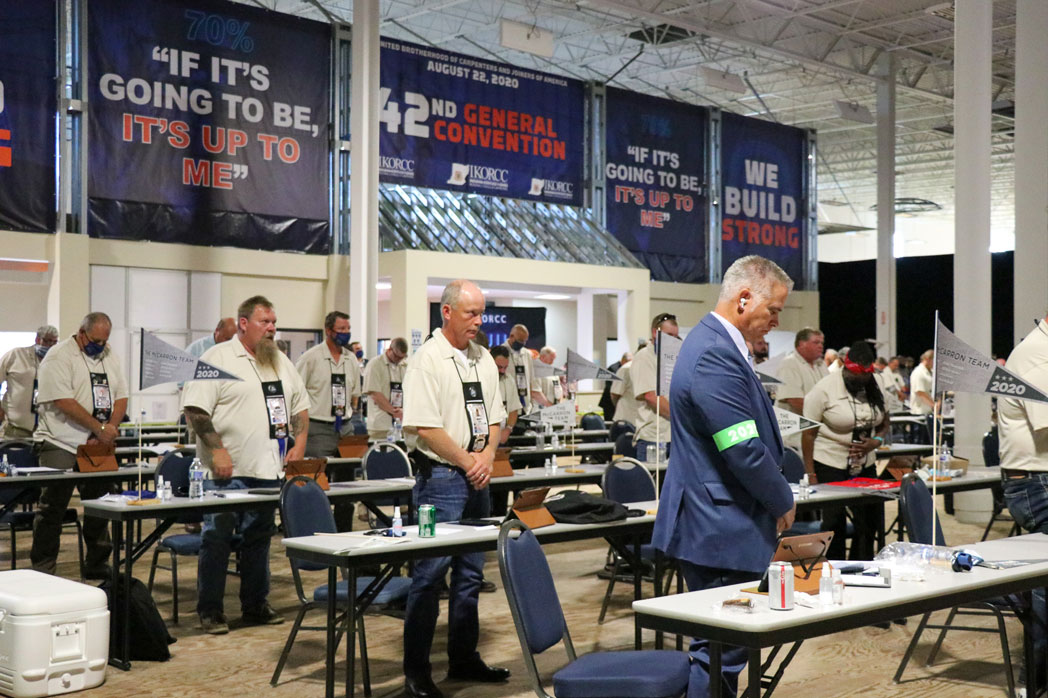 Indiana-Kentucky-Ohio delegates observe a moment of silence for those who passed. 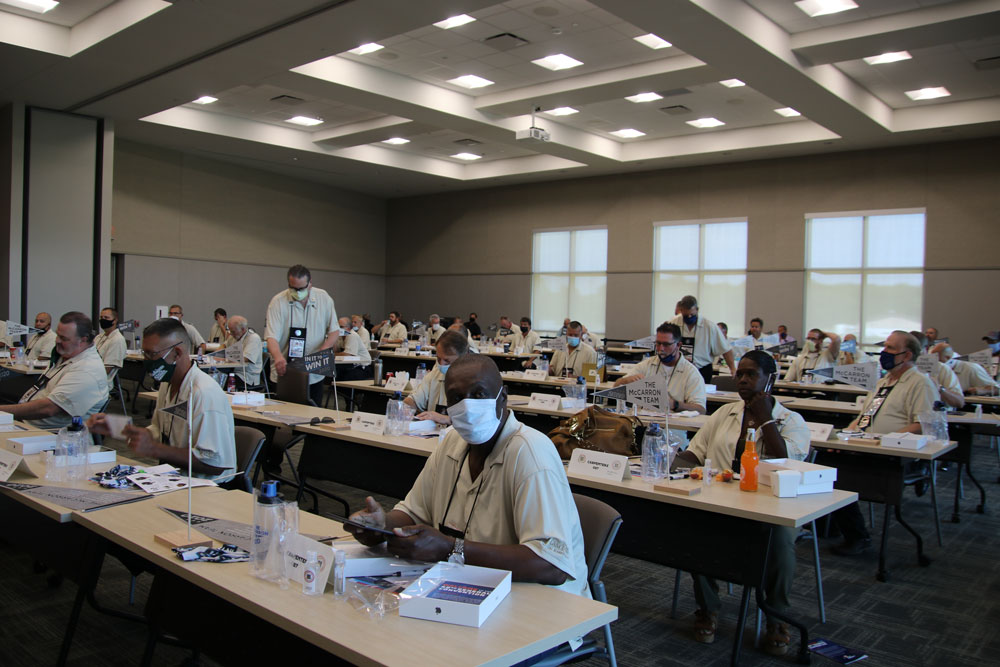 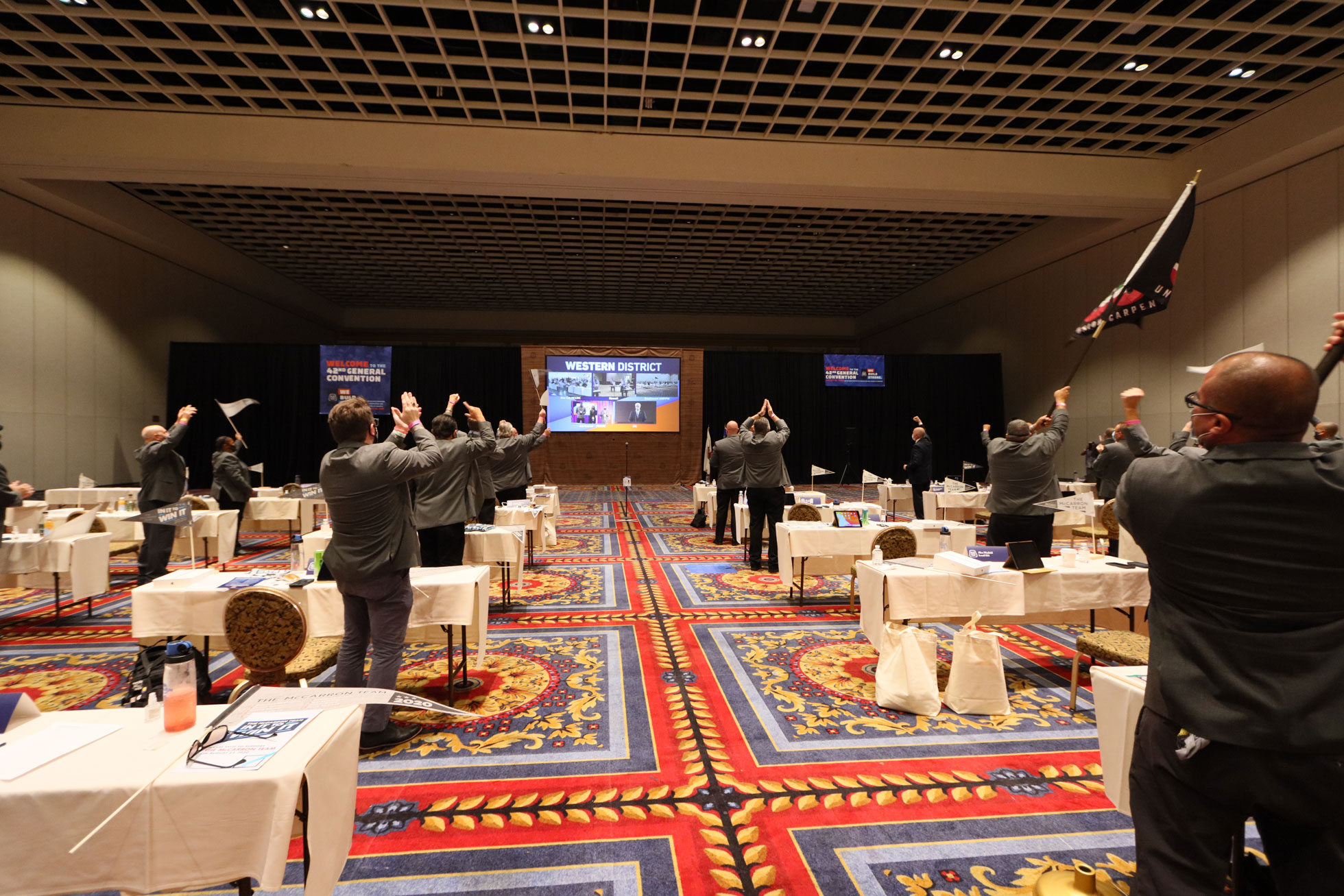 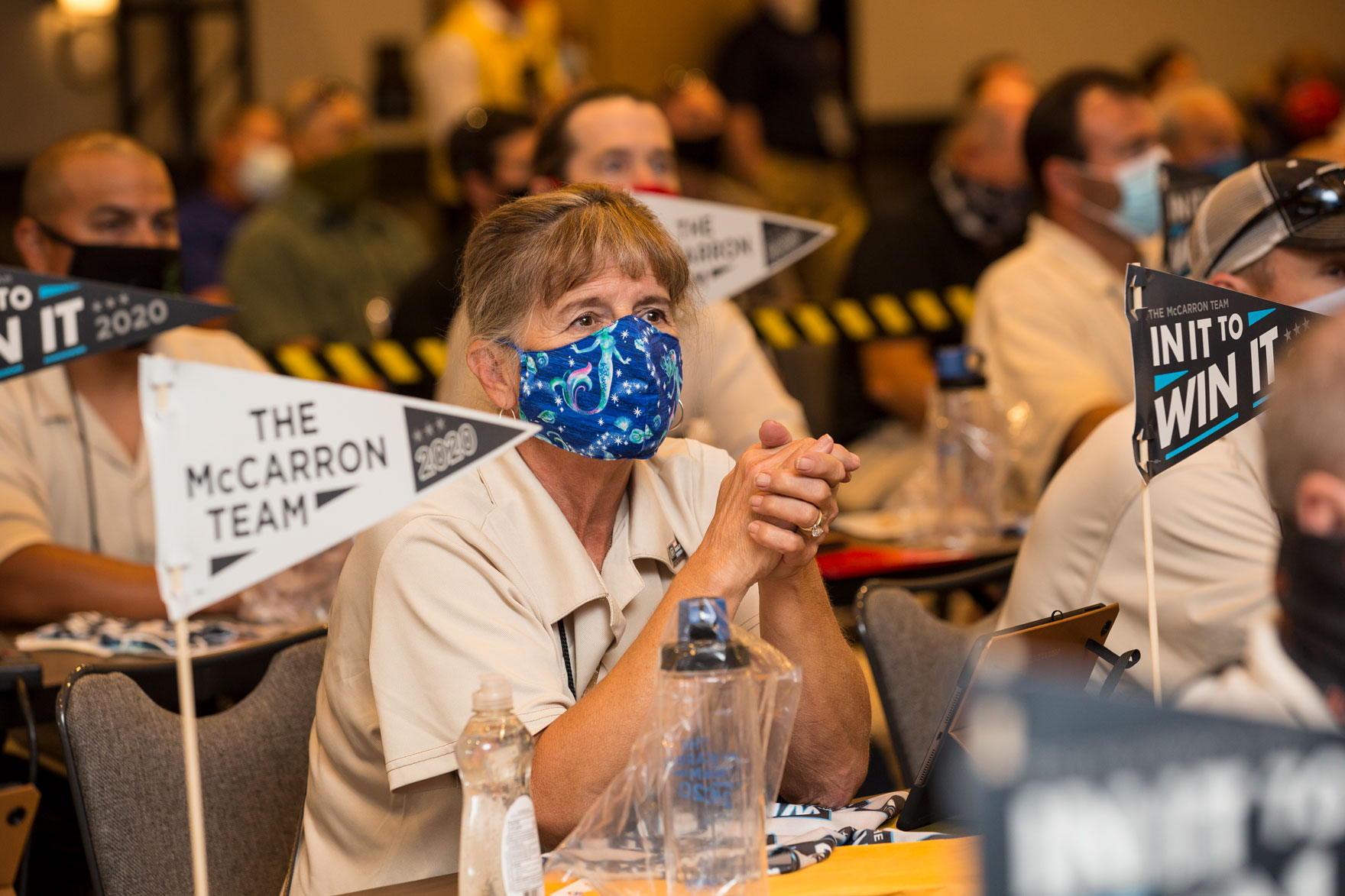 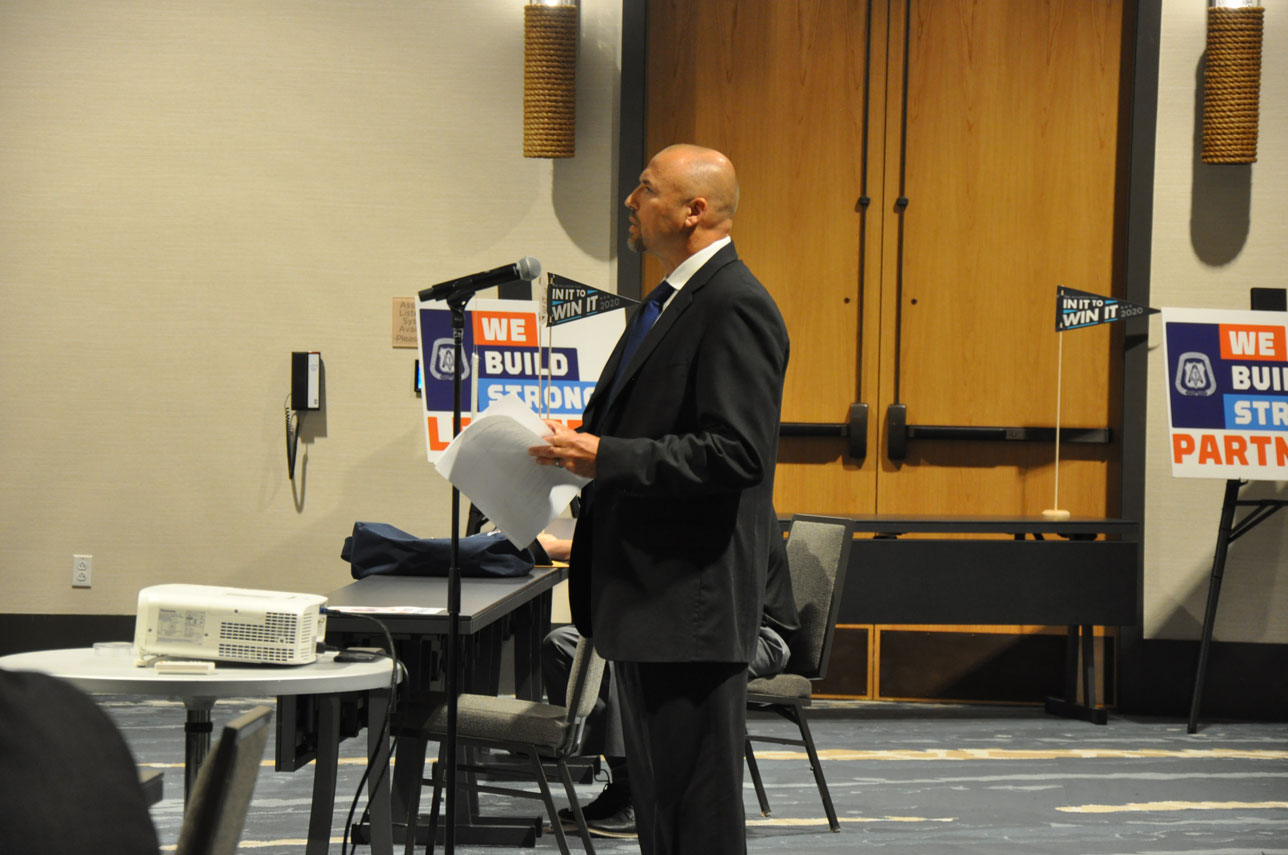 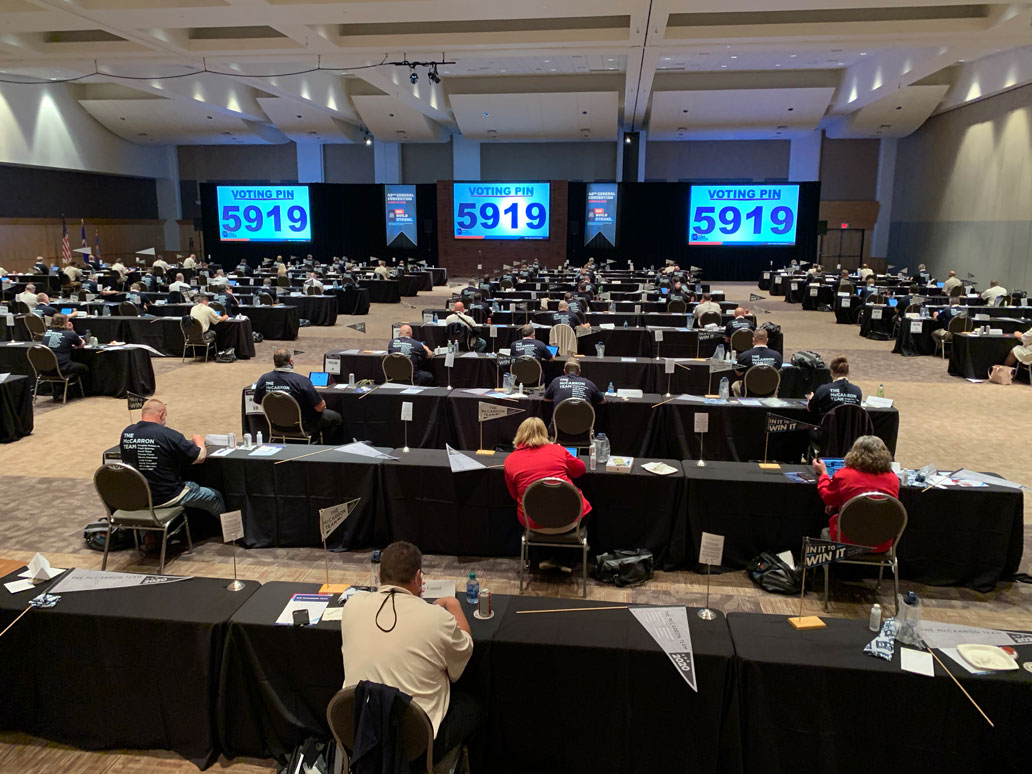 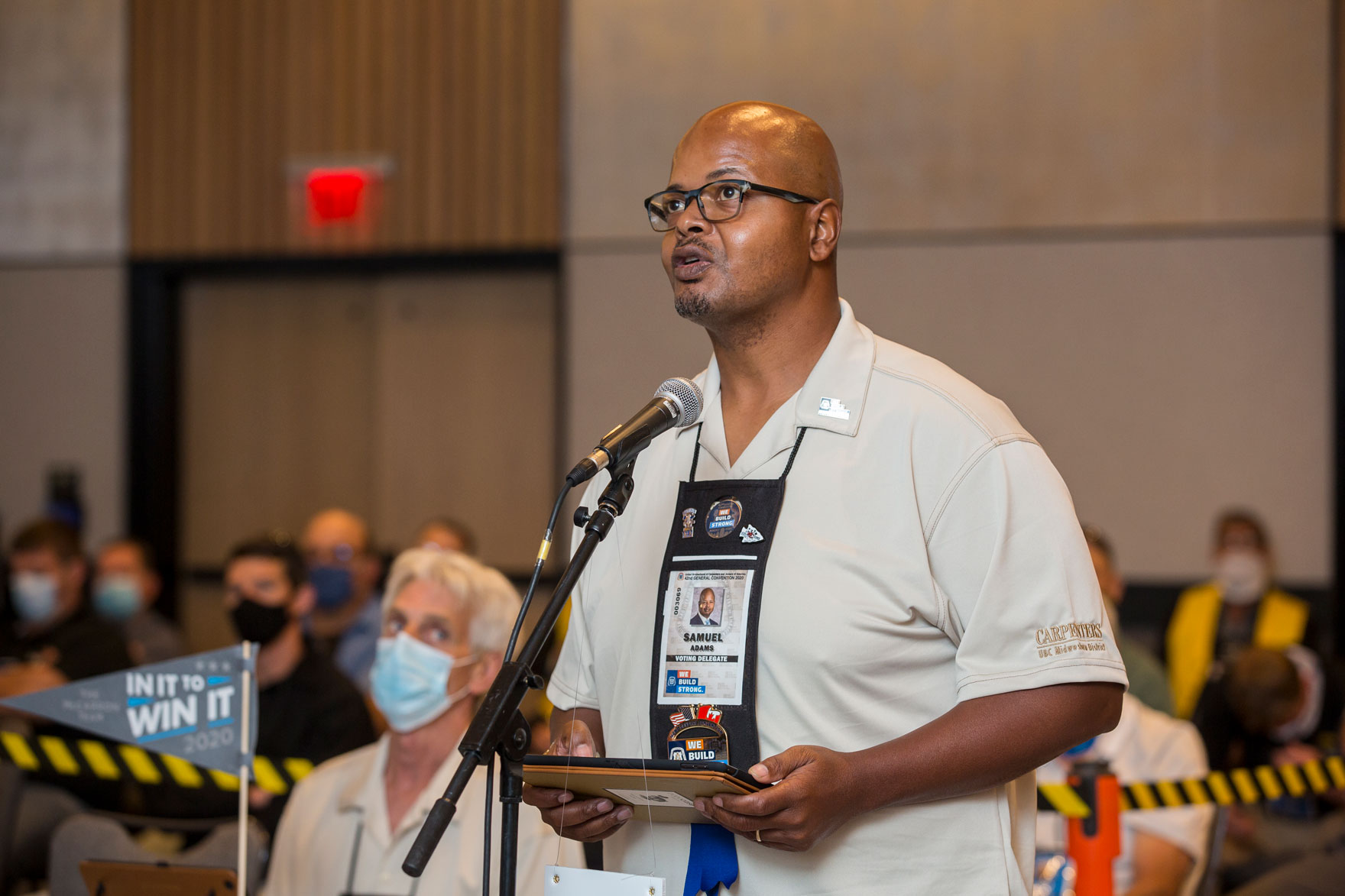 A St. Louis delegate speaks on a motion. 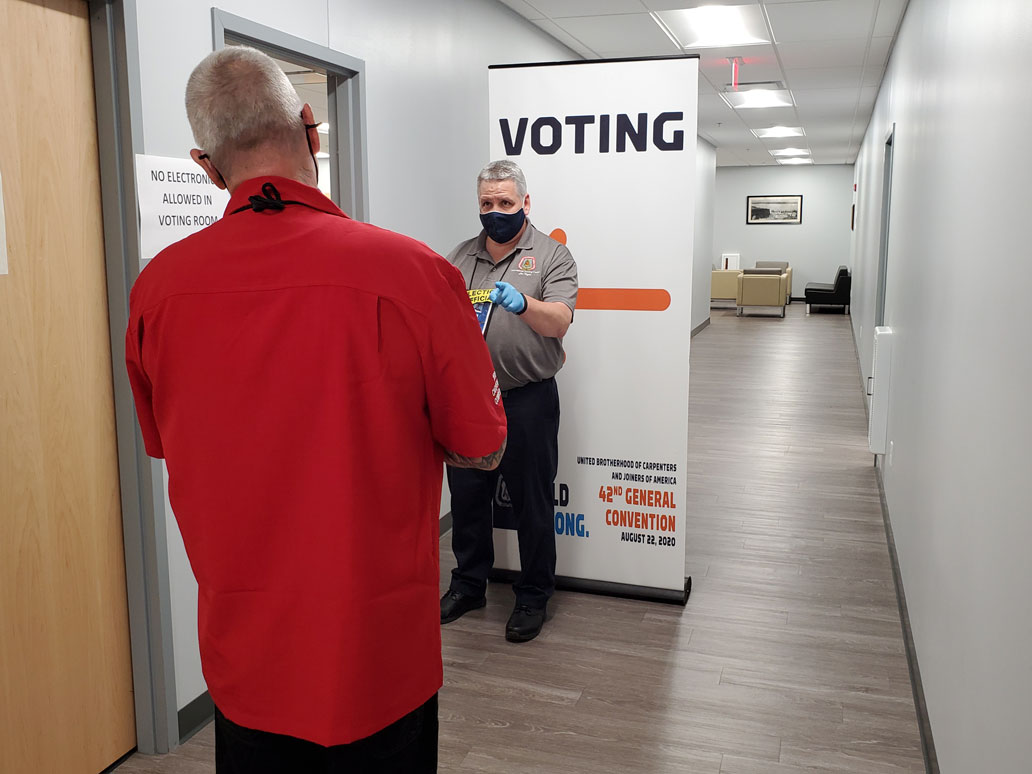 Delegate lining up to vote on UBC officers in Albany, N.Y. 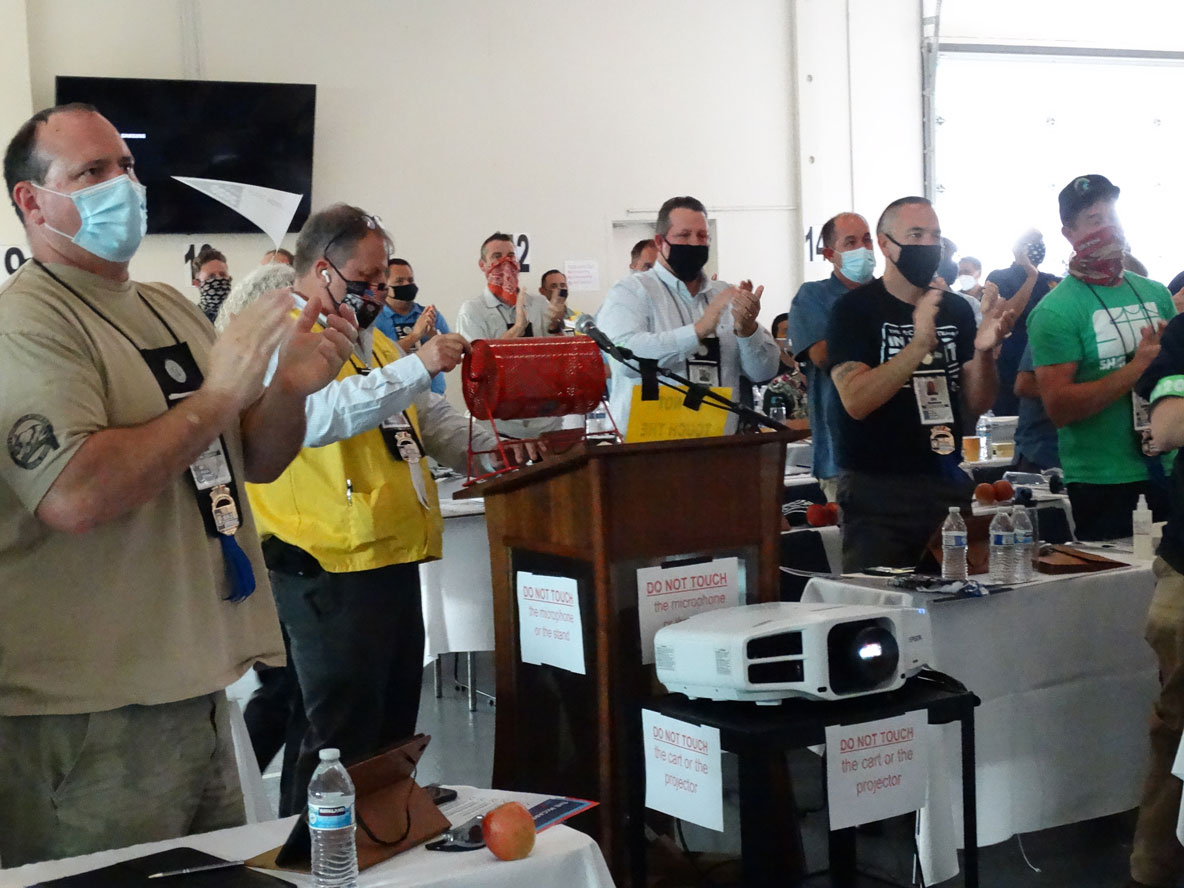 The tradition of convention pins continued even in such unusual times, as the ones on this delegate from the Indiana-Kentucky-Ohio Regional Council show.