Held during National Apprenticeship Week, the 4th annual Eastern Massachusetts Girls in Trades (GIT) Conference and Career Fair attracted over 550 girls. They convened in Boston to learn about joining a Union Apprenticeship.

As with previous conferences, students attended workshops on How to Become a Union Tradeswoman. This year, there was also a workshop for seniors on How to Apply to Become an Apprentice. Sisters taught workshops and provided information about career opportunities at the UBC.

Speakers included an Apprentice who was also a former Career and Technical Education (CTE) graduate, as well as Governor Charlie Baker and Lieutenant Governor Karyn Polito.

In one photo, Gelmira Alba of Local 339 is delivering a presentation to the group. Another photo shows Danielle Skilling, Compliance Officer for a signatory contractor, with the Governor and Lieutenant Governor. Danielle is very active in Council efforts to recruit women. 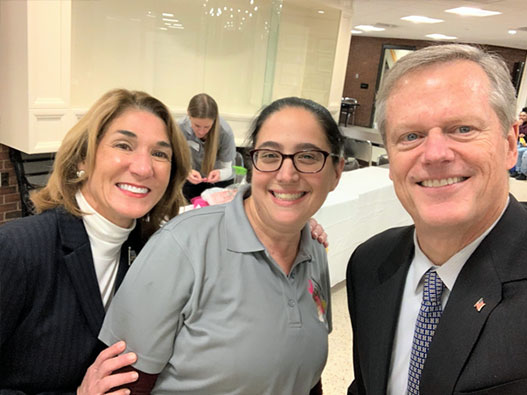 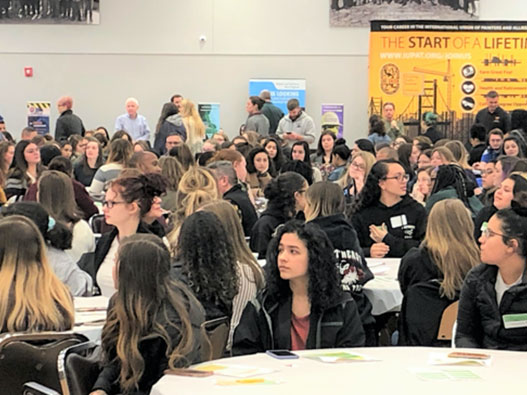 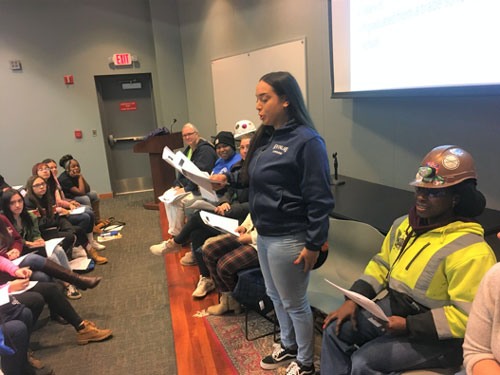 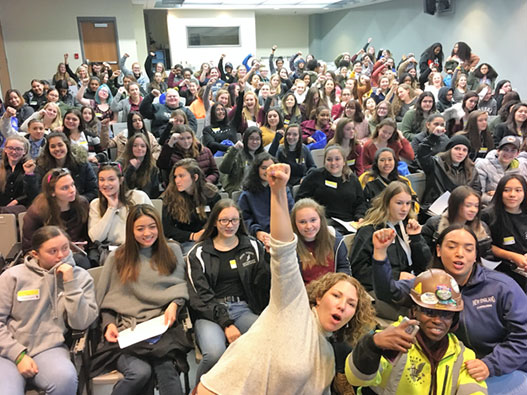