Carpenters had the second largest delegation of women – that was one way Sisters represented the UBC at this year’s Women Build Nations conference. Held in Minneapolis, Minnesota, 2,773 women attended; making it the largest gathering of Tradeswomen ever. The NASRCC had 31 attendees, including EST Tom Flynn and Boston Regional Manager Joe Byrne.

Sisters led discussions during the conference, with one including a presentation by members of the International Sisters in the Brotherhood (ISIB) committee. Barb Pecks opened the talk, Amanda Leggette and Amber McCoy gave a brief overview of the ISIB work, and Susan Schultz led a discussion on best practices by the Sisters.

And while there were many highlights from the conference, one stood out. It was a recorded message from Supreme Court Justice Ruth Bader Ginsberg; she connected her experience as one of the few women in Law to that of Tradeswomen. 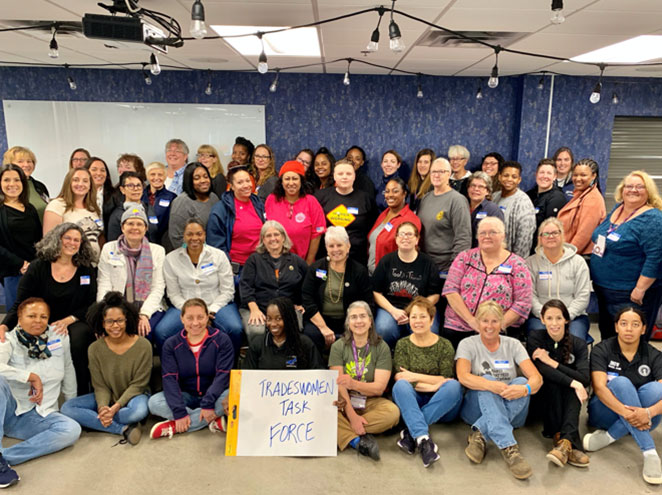 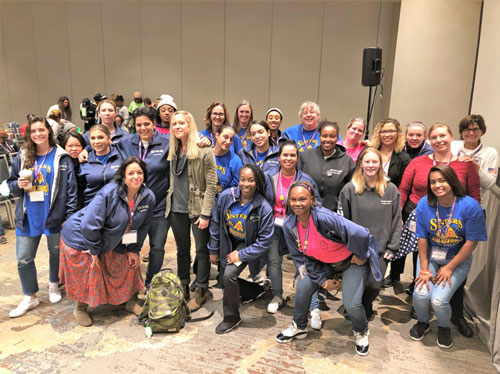 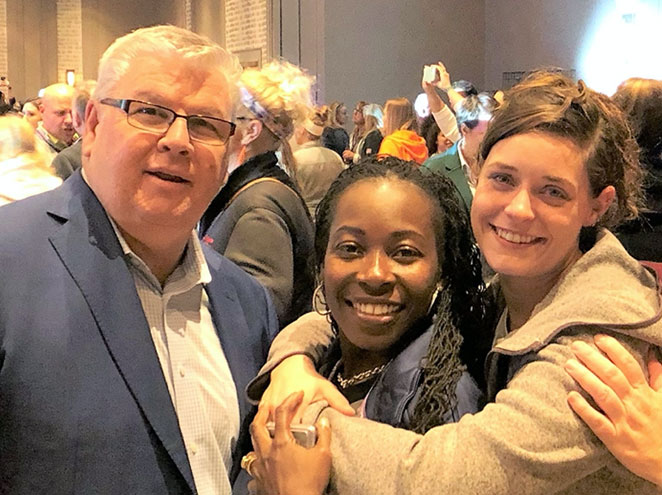 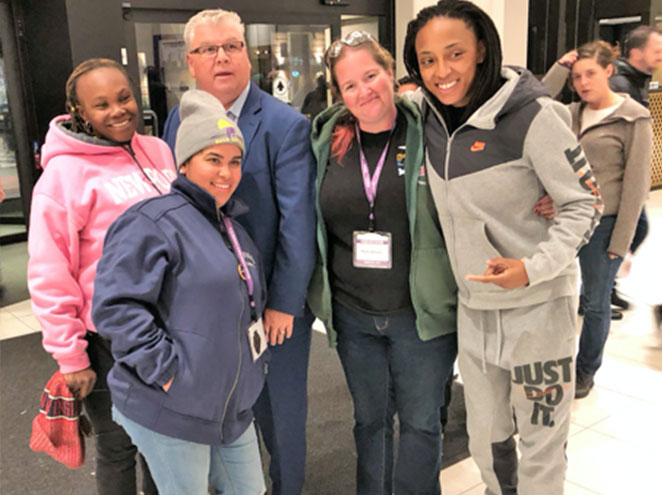 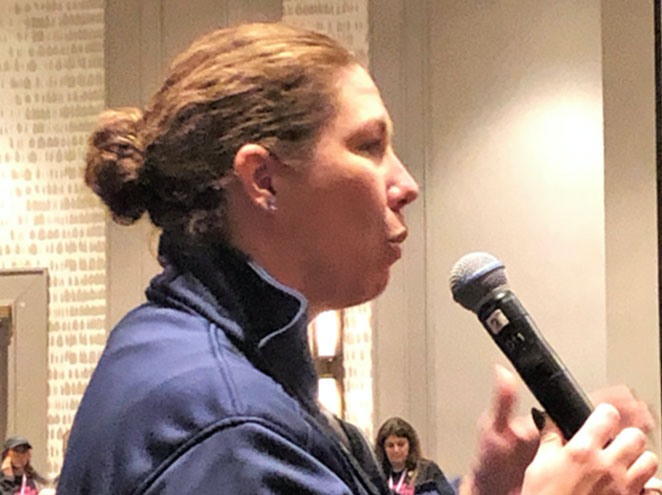 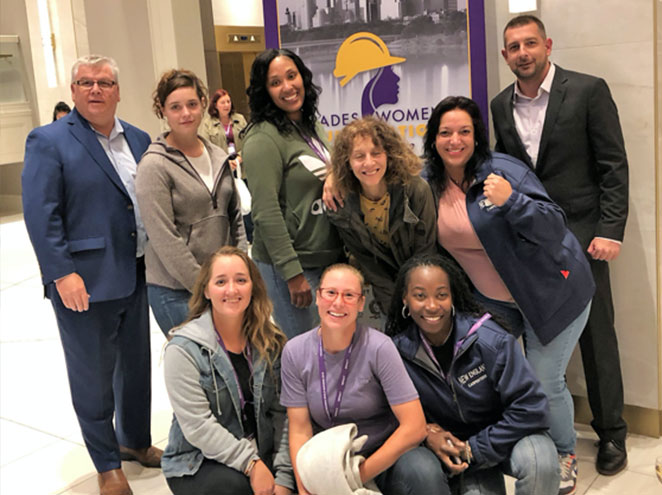 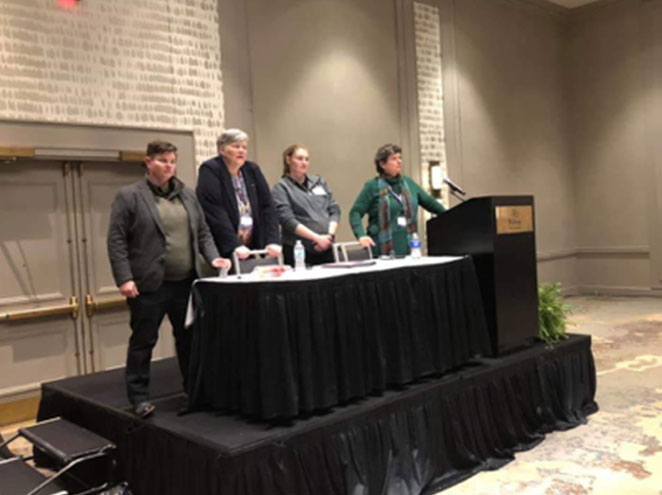 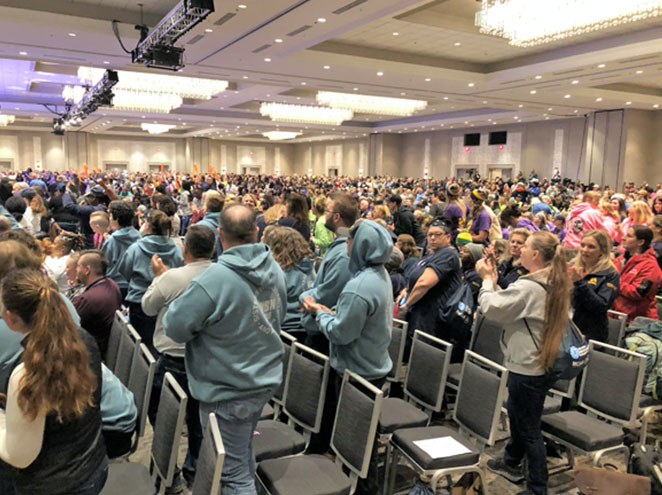 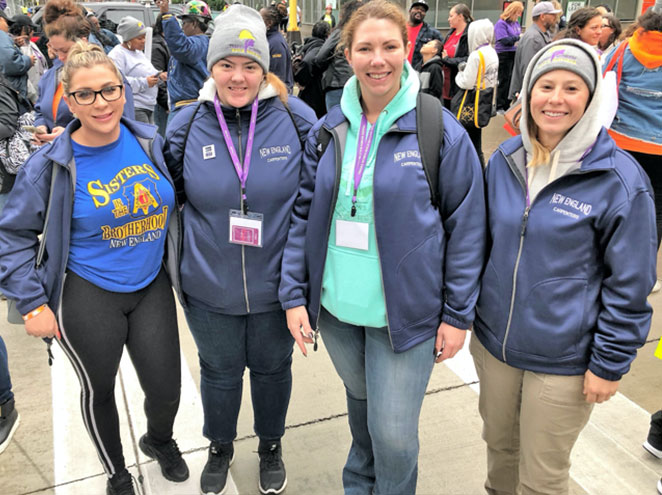