For Western Massachusetts Sisters, persistence paid off – Smith College has included diversity goals in a $100 million-dollar library project. The college made the announcement on February 15, 2018 and said the diversity goals would include 7% Women, 16% People of Color, and 10% Minority and Women Business Enterprises.

This announcement came on the date of a forum, organized by SIB Chair Lisa Clauson, was held to discuss ways to increase diversity in construction. Ten Sisters participated in the forum, which was attended by college students, faculty, and administrators.  Several Sisters also made presentations: Samantha Crevier, Tyeka Robinson, Theresa Copeland, and Katurah Holiness.

In talking about this achievement at Smith College, Lisa said, “It’s a place where there are good jobs that can sustain families.”  She continued with, “As a women’s institution, Smith can play a leadership role opening up its own work to women.”

Photos from the event include Sisters sitting at a table during a presentation, as well as Smith College Students and Local 336 Sisters with hands raised.

As for the future, Lisa is pleased that students are interested in being a part of the diversity effort. Western Massachusetts Sisters plan to keep them engaged. 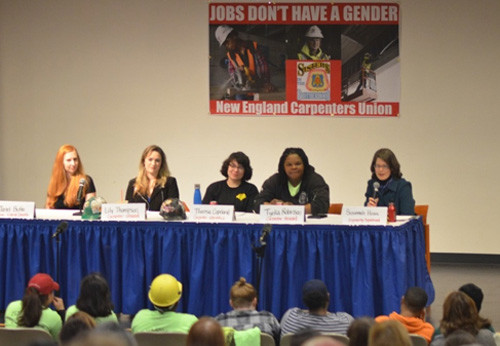 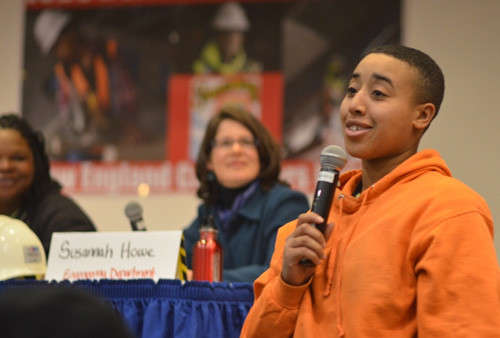 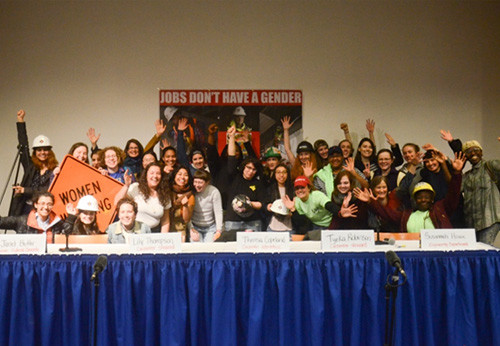