Training is the Key to Success for Koehler

Former nonunion homebuilder Dan Koehler joined the Chicago Regional Council of Carpenters to provide for his family with what he knew were unbeatable wages as a union carpenter. He was working a project at a local university, where he noticed the Key Control office.

“It was part of the carpenter shop. I had never really thought about keys and locks relating to carpenters other than installing doors and hardware in residential homes.”

Koehler, a member of Local Union # 644 since July 2013, started getting as much training as possible: locks 14, doors, frames and hardware, metal studs, acoustical ceilings, OSHA 30, scaffolding, aerial lift, and others.

“I took whatever I thought would help get me work as an in-house carpenter at a university. I eventually got an interview at Southern Illinois University.” Koehler was offered the post of Key Control Carpenter. 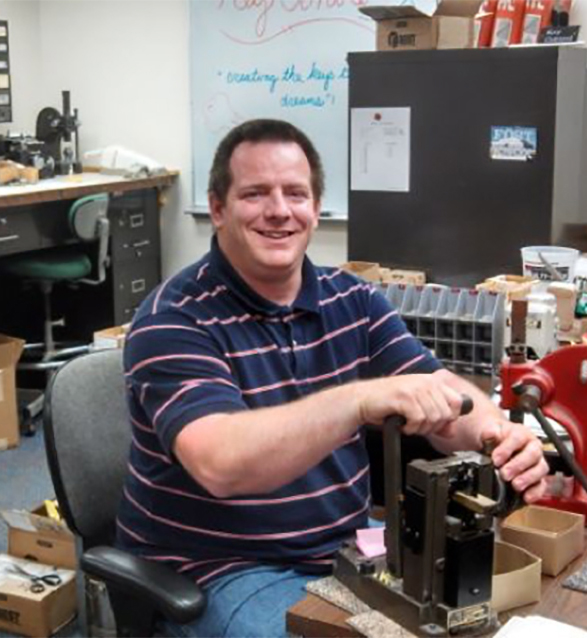